Liverpool’s first ever ‘MCM Comic Con’ was held in Exhibition Centre Liverpool. Around 23,000 fans of movies, comics, video games and sci-fi flocked to the event. 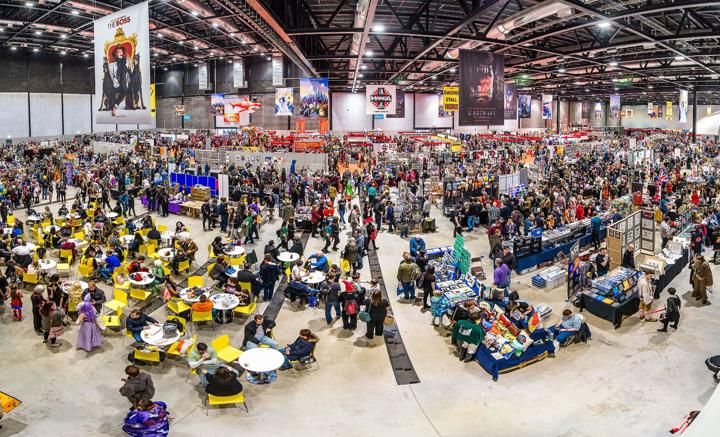 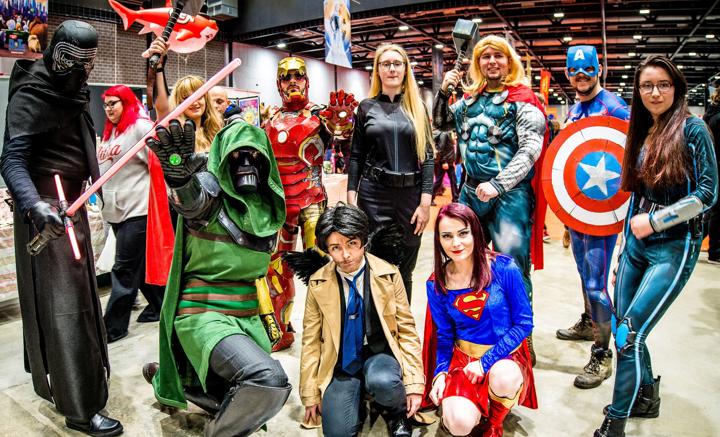 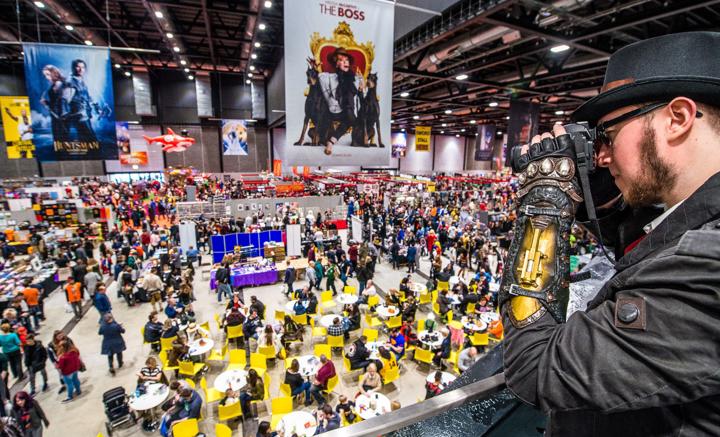 The exhibition centre was transformed into a world of superheroes, comic book favourites, movie characters and sci-fi stars with thousands of fans donning weird and wonderful costumes as they queued around the campus.

PRE-EVENT PLANNING
Where was the event held before?
Comic Con is held all over the UK including Manchester, Birmingham, Belfast and London as well as Europe-wide such as Stockholm, Copenhagen and Hanover.  This was its first outing to Liverpool.

OBJECTIVES/THE BRIEF
Why did you come to Exhibition Centre Liverpool?

As Gary Burns, European PR and content development, says: “Exhibition Centre Liverpool is perfect for us. It’s super-sized, super-modern and super-accessible and it’s in the heart of Liverpool, so national and international travellers can come for the event and stay to explore the city.

“People in Liverpool don’t like to be on the side-lines, they like to get involved. Our events are fantastic, but ultimately it’s the people attending that make them what they are. MCM Comic Con thrives on passion and creativity and Liverpool has that in spades.”

What was the objective of the event?

“MCM events are aimed at people who have an interest in cult entertainment, it gives them the opportunity to explore every aspect of their specialised interest.  They can meet many of their heroes, dress up as characters and buy merchandise.  It’s a really interactive show so people can really get involved, for example compete against each other in computer games.

“There is a huge demand for our events throughout the UK and Europe, therefore regional shows are really important to help us keep up with the demand and enable even more fans to visit the exhibition.”

The exhibition included a Comic Village featuring a selection of artists who created instant works of art for fans and a Totally Cosplay area, which hosted a Cosplay masquerade and competition.  Competitive fans took part in Street Fighter V tournaments.

So many Comic Con fans all under one roof made for a party atmosphere and created a buzz around the exhibition centre.

Who were the key exhibitors?
There were more than 130 exhibitors in total.  These included CeX, Tokyo Toys and Universal Pictures.

How was the event marketed?

As well as the inclusive marketing support that comes as standard when holding an event at Exhibition Centre Liverpool, the consumer marketing team at the venue led on PR support in consumer and trade titles, advertorials and a four-page supplement in local press.  They targeted social media campaigns, outdoor advertising around The ACC Liverpool Group site, co-ordinated radio interviews and planned drone filming with local agency IronBird.  The marketing activity coupled with MCM Comic Con's own activity led to around 23,000 visitors to the venue.

POST EVENT ANALYSIS
What was the feedback from visitors/exhibitors?

“I can't remember a more enthusiastic response from the public for a new show, says Gary.

“The appetite for everything ‘Comic Con’ in the build-up to this show was just phenomenal.  On that note, big thanks to everyone who supported us, from the press - including the Liverpool Echo who were incredible throughout and gave visitors all the information they needed to get really excited about MCM Liverpool Comic Con - to the venue marketing team, and of course our exhibitors and thousands of visitors.  Roll on next year.”

Amy King, senior exhibition sales manager, added: “The atmosphere at Comic Con was phenomenal.  Considering this was the first time the event has come to Liverpool, visitors really got into the spirit of the exhibition by wearing amazing costumes and creating a real party vibe.  Many people said they have been waiting for this event to come to Liverpool and to see Comic Con fans patiently queuing to get into our venue was fantastic.”