(incl. administration and facility fee) Plus £2.75 fulfilment fee per order.

The last Comic Con Liverpool in November 2022 once again made headlines as we knocked it out of the park with a phenomenal guest line-up including Vampire Diaries and The Originals stars Ian Somerhalder, Paul Wesley, Arielle Kebbel, Nathaniel Buzolic,  Sebastian Roche, and Riley Voelkel, Gaston/Bard the Bowman himself Luke Evans, Vikings star Katheryn Winnick, Sons of Anarchy stars Charlie Hunnam,  Ryan Hurst, Emilo Rivera, and Taryn Manning. We had a host of Stranger Things guests including the one and only Dusty-Bins himself, Mr Gaten Matarazzo!

Our attractions were astounding as well and included an amazing recreation of The Mystic Grill from The Vampire Diaries as well as other amazing set builds such as Myagi-Do and Cobra Kai Dojo's, the batcave, Iron Mans Armoury and more. There were also some other great props such as Falkor from The Neverending Story, The A-Team van and  so much more more! There were also other great attractions such as board gaming, D&D, a cinema showing great movies all weekend long, activities for the kids, the awesome Grey Jedi Order Training School and SO much more!

Let's not forget the enourmous Trader Zone, guest artist, and authors and of course our amazing troupe of cosplayers, along with our amazing UK cosplay competition finale where tons of fun was had with our cosplay guests on and off stage throughout the whole weekend and at the amazing after party!

Don't miss out on our NEXT amazing Comic Con Liverpool event! Get your April 2023 comic con tickets NOW!

Most Liverpool city centre bound buses will call at either Queen Square bus station (a 15-minute walk) or Liverpool ONE Bus Station, which is only a five minute walk to Exhibition Centre Liverpool.

The CityLink Route C4 bus links Queen Square bus station, James Street rail station and Liverpool ONE Bus Station to the venue. CityLink Route C4 operates every 20 minutes on Mondays to Saturdays and every 30 minutes on Sundays, between 7am – 8pm, with a maximum fare of £1 per journey. Merseytravel prepaid tickets, National Concessionary bus passes and Arriva day tickets are all valid on this service.

For all car journeys it's best to follow the white on brown tourist route signs for the Waterfront. These signs are visible on the major routes into the city. Exhibition Centre Liverpool is situated on the Kings Dock directly adjacent to the south side of the Albert Dock. Upon arrival, the Kings Dock entrance is clearly sign posted.

Leave the M6 at junction 26 and follow signs for M58 Liverpool. Follow to end of M58 and then take signs for A59 Liverpool. Continue to follow Liverpool City Centre until picking up signs for the Waterfront.

Leave the M6 at junction 21A and take the M62 to Liverpool. At the end of the M62 follow signs for Liverpool City Centre along Edge Lane, picking up and following signs for Waterfront.

There is onsite parking and plenty of parking nearby, more information on driving to the venue and parking can be found here.

We want our customers to have confidence in booking tickets to attend events at the The Exhibition Liverpool. This includes refunds on tickets for cancelled or rescheduled events and implementing Covid-secure venue measures. More Information. 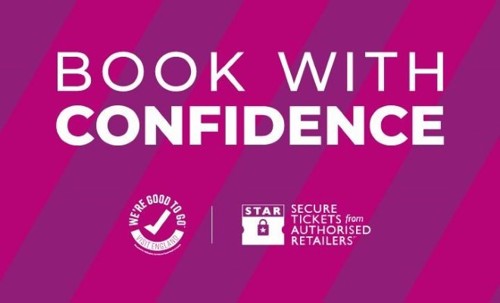 (incl. administration and facility fee) Plus £2.75 fulfilment fee per order.